Blessed by the SYP Apple Santa

In five years of working for myself, not once has a client recognized or thanked me for my services at the holidays – and, frankly, rightly so as it’s my job to thank clients for their business. So imagine my surprise and delight today when I received not only a client’s holiday thank-you card, but a $150 Apple store gift card tucked inside. I never even received holiday recognition of this magnitude back when I was a full-time employee – of *any* company. I was so overwhelmed, I literally started to cry.

Working for oneself is sometimes a struggle – for a lot of reasons, one being that there’s rarely any feedback or expressed appreciation. While being a project worker brings a great deal of freedom and flexibility – which I LOVE…and having experienced that, I’d never work any other way – you sometimes feel like a commodity (or even a prostitute, in the worst client situations). And as much as I hate formal performance reviews because they’re for the most part tedious drivel and primarily for HR documentation, it reigns true that awards, promotions, and bonuses give you some idea that you’re appreciated and valued. I have to assume I’m doing good work when I a) get paid (and on time, at that), b) get hired by a client more than once, and/or c) receive word-of-mouth referrals.

So SYP, you might just be the most awesome client in the world. And MKR, I have YOU to thank for that. 🙂 My gratitude overfloweth.

P.P.S. Interestingly, this popped up while I was reading headlines on MSNBC after I published this post. That last section about us self-employed writers – that’s my world. And all those “many more skills in order to be successful”? Part of why – as rewarding as self-employment is – it is also so uncertain, terrifying, challenging, and tiring. Making a token of appreciation that much sweeter. 🙂

This and this is what’s on while we prepare Christmas dinner. It’s hard to cook (and blog) and laugh this hard at the same time.

Why I do what I do

For whatever reason, I feel the need to elaborate on what drives me to write, but I’m honestly so tapped out from penning my holiday letter that I’m going to let my musical soulmate, Alanis, explain it. (I swear, I hope I get to meet her someday because I think we’ll talk non-stop for like 72 hours). These are her words in describing what motivated her to write her song, “Everything” and it also applies to how I feel when I’m writing – especially the more emotional, depth-probing pieces I’ve been churning out in various forums over the past few years.

Just in case you wondered.

“I think my aspiration has really been about being as transparent as I possibly could be. The more visible I am – whether it’s about my finances or about my emotional world or my spiritual beliefs or my vulnerabilities or my empowered moments, frankly – the more peaceful I’ve become. There’s less to hide. I feel like there’s so much energy that goes into hiding and secrecy. I certainly still believe in privacy in moments, but there’s a big difference between privacy and secrecy. Secrecy is like fear and trying to hide from each other and feeling separate. Being transparent and non-secretive is really a courageous act – it’s a loving act. It also relates us to each other because I feel like if we were all ready to put everything out on the table, we’d be really shocked to see the thread of continuity that connects us all.”

OOOOMMMMMGGGGG!!!! I laughed so hard watching this, I literally could not breathe and was crying my mascara off. My God, they are BRILLIANT comedians.

Prepare to piss yourself.

News to no one

But seeing this on my FB profile made me giggle. I *especially* like seeing this name (and its associated status updates) pop up in my news feed.

I dunno. It can buy you great vacations where you have fabulous times with wonderful friends, laugh a lot, cry a little, drink a ton of wine, and even meet some goats.

So I might need this. (Thank you kindly, Ms. Austen.) 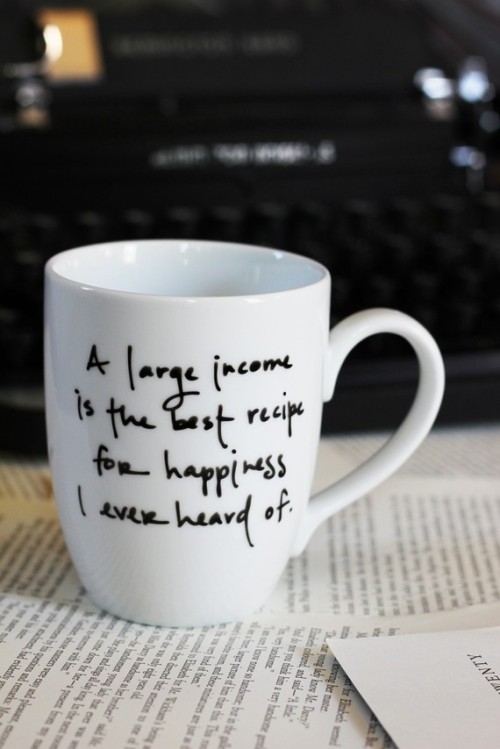 And now, in the spirit of giving 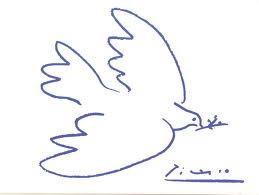 Since I’ve spent my last couple of posts being a complete materialist, I feel it’s only fair for me to give a bit of airtime to the other side of the holidays: giving. More importantly, giving back.

I was raised in a family that did a lot for less fortunate people during the holidays. Growing up in Oregon, I spent quite a few Thanksgivings serving dinner to the homeless and needy who took advantage of our church’s free Thanksgiving meal. There’s nothing more humbling than being a seven-year-old scooping mashed potatoes onto the plate of another seven-year-old who probably hasn’t had a new pair of shoes in two years. Makes you think twice about begging for new Nikes, I’ll say that. There were also Thanksgivings where we put a full meal into a basket and delivered it to the home of a less fortunate family as part of the local Adopt-a-Family program. My parents not only made sure I helped assemble the meal, but accompanied them to the family’s front door to deliver it.

But without a doubt, the most gratifying – if initially shocking – experience of giving was when my parents announced that we were going to give the bulk of our Christmas presents to a family at our church. The Christensens had come to the U.S. from Denmark; they had six children, very little money, and ran a nursing home out of their house (and, clearly, the goodness of their hearts). They were wonderful people who did so much for the church and the community, despite how little they had – and they never asked for anything in return. Their youngest son, Danny, was about my age. Obviously, Danny wouldn’t be able to wear the clothing I’d received as gifts, but it was my job to wrap up the games and the Walkman that Santa had brought for me and present them to him on Christmas night.

At first, like most nine-year-olds, I pitched a *gihugic* fit. But I have strong parents of Scottish and Scandinavian stock, so that went nowhere. I quickly shut my mouth, wrapped my gifts, piled into the car with my parents and our filled-to-the-brim-with-gifts car, and headed to the Christensens’. They were overjoyed when they saw us bring in the gifts – of course, being the kind people they were, they tried to politely deny them, but we weren’t having it. I had never spoken much to Danny and was very shy around boys, but my dad pushed me toward him to give him my gifts. “These are for you,” was all I could muster through my mixed emotions of crabbiness over losing the presents I’d been so excited to unwrap that morning, and feeling moved when I saw Danny’s eyes light up.

From that day on, giving back to those in need has been an integral part of my holidays. Even in college, when I had barely a cent to my name, I’d take a name off the Giving Tree at UW and bring back the requested gift. One year, there was a tag for diapers for a two-year-old child. It was so unbelievably sad that someone would ask for something so elemental for their child that I burst into tears right there in the Husky Union Building. I took the tag and bought as many packs of diapers as I could afford, then asked my parents if they would help me buy a few more. It was more than had been asked for, but my God – it was DIAPERS.

These days, I have the gift of funds more than the gift of time, so I’m able to provide more financial help than has been the case throughout most of my life. There’s not a day that goes by that I don’t recognize how fortunate I am to have a roof over my head (and a nice one at that) – especially on rainy or freezing cold nights, like many of those we’ve experienced in Seattle this fall. I donate to important and cherished causes throughout the year, but I still pluck a tag off the Giving Tree every December without fail. There are many Giving Trees across the country, but this year Nordstrom has a wonderful program with a twist – you can take a tag off the tree and fulfill a child’s specific gift request, or you can donate just $20, which will be supplemented by Nordstrom and New Balance to provide a brand-new pair of New Balance shoes to a local child in need. It’s a brilliant concept since shoes are the perfect blend of fashion and function – so both kids and parents are thrilled.

If you’ve never included someone less fortunate on your holiday shopping list, please consider donating via a Giving Tree program (like Nordstrom’s) or Toys for Tots. Even the TODAY Show holds a holiday gift drive, where you can donate a gift via Amazon.com. If you have a special talent, consider how you can use it to help others – my mother makes fleece scarves and baby blankets all year long, then donates the whole lot of them to a local charity or shelter. Or just pick a cause near and dear to your heart and float a check their way (they most likely have a secure online donation form on their website). It’s simple, it doesn’t have to cost much, and it makes a world of difference in the lives of others. If there’s one thing I’m certain of in this life, it’s that we’re here to take care of each other, the animals, and the earth. Pick at least one, then give.

Lots of love and peace to you for a safe, joyous, blessed holiday season.

ZOMG. Clearly whoever curated the InStyle gift guide for “The Design Buff” was prying into my brain while I dreamt one night. In fact, I was thisclose to snatching up the Middle Colors humidifier – literally had it in my cart and was checking out – until I saw the $35 shipping fee. Whaaaaa?! C’mon!!!! I guess it ships from Japan or something. But those Cammeo jars – oh, maaaaan. No wonder they won a Red Dot award. I looooooove the interchangeable rubber bands and the little groove in the jar so the band sits nice and flush.

And how ’bout those Marc Jacobs rings for just $11 a set? And that little cami/panty get-up! I want to slip into that, curl into bed with a book (and a big mug o’ this), and call it a day.

Now all I need is a roll of Bounty to wipe up my drool. 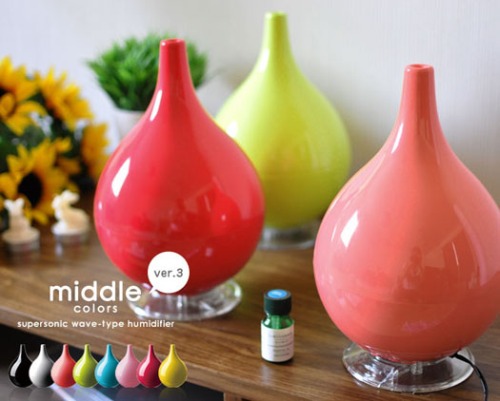 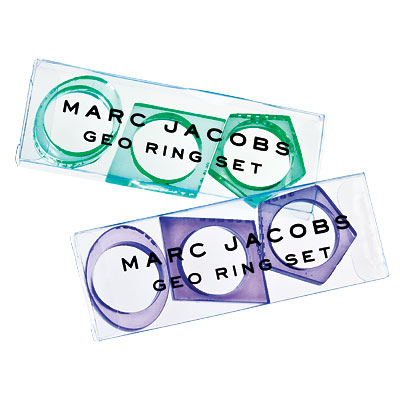 Yep, you heard it here. I’m so excited to sing this little diddy by one of my favorite artists, Florence and the Machine…AND to share solo duties with my lovely fellow choirette, the beautiful feisty Brit (and fellow Florence fan), Cara Curphey!

Granted, my first public pass-through tonight was not my best performance – mostly thanks to this cold, which has wreaked complete havoc on my vocal cords. But below is a sneak preview – Cara will be singing the first verse and I’ll sing the second (which starts at 1:10), with the choir backing us on the chorus and bridge.

All I can say is THANK GOD we have a good five months to rehearse because Toto, this is NOT me singing in the car anymore.